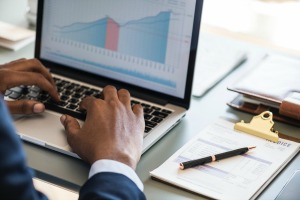 Many Americans dream of working less, imagining how they might use the extra hours outside of the workplace—perhaps envisioning spending more time with family, taking care of more chores around the home, or devoting time to a new hobby, sport or even a new path in higher education. Lately, some pretty powerful people are thinking the same—and have some good arguments for why American businesses should move in that direction.

In general, the accepted 40-hour workweek has been set since 1938, when then-president Franklin D. Roosevelt signed into place the Fair Labor Standards Act. In the decades since, some have predicted that technology would overrun our need to work long hours. Recently, some have compared our workweek standards to those of other countries and have wondered what the impact of reducing American working hours would be.

Before talking about changing the standard workweek, though, there’s the question of overtime. Numerous studies suggest that overtime work can lead to depression , as well as heart-health risks and injury . Not to mention the impacts a parent’s overtime can have on a family, such as increased childhood obesity. These are all pretty solid arguments to do away with work time over 40 hours per week.
But what about the rest? What about considering a workweek that spans only three or four days? What about a workweek that totals only 32 hours or less?  Turns out, there’s plenty in favor of all of that.
In late July, Carlos Slim, a tech billionaire, voiced favor for changing the way American businesses view the standard workweek. He suggested a three-day, 11-hour-a-day week, with standard retirement age moving to 70 or 75, pointing out that the change would allow for improved quality of life. Anna Coote, co-author of “ 21 hours ,” actively advocates for “ a slow but steady move toward a 30-hour week for all workers ,” citing as her rationale reduction to problems like “ unemployment, overconsumption, high carbon emissions…and the lack of time to live sustainably, to care for each other and simply to enjoy life.” And they’re not alone. English billionaire Sir Richard Branson wrote in favor of Slim’s proposal, saying that, “as technology advances, we need to work smarter, not longer.”
But can it really work? Those against the idea of shorter workweeks point out that hourly employees would suffer a cut in paycheck, both from overtime work (which would otherwise garner them 1.5 times their hourly wage) and from the reduction of hours from 40. Which could mean that those workers would need an additional job to pay for standard living expenses. In addition, families would need to work out childcare arrangements, and parents who already struggle to see their kids’ after- or during-school performances or sporting activities could have an even harder time doing so.

Others against the idea argue that shortening the workweek would put American companies at a disadvantage against global companies that are keeping the longer hours —particularly in Asian countries that currently work more average weekly and yearly hours than Americans.
All that said, it’s not unheard of for our country to shift gears and change what the workweek looks like. After all, in 1922, Detroit-based Ford Motor Company successfully shifted from a six- to a five-day workweek, an idea initially thought extreme—but look at where it’s put us today. So can we shift our mind-set, our company values and our economy to a 30-hour week? Perhaps time will tell.