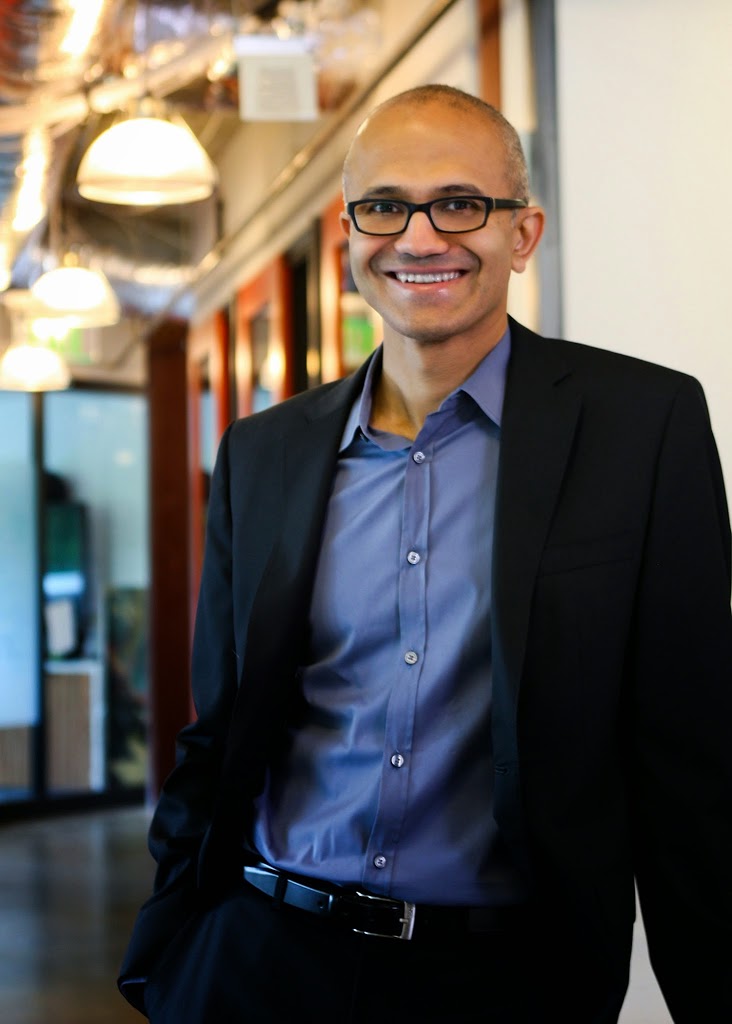 Taking the reins at one of the largest and most influential companies in history is an undoubtedly daunting assignment. Following in the footsteps of one of the most important figures in modern history only adds to the challenge. Satya Nadella, the man tabbed for taking Microsoft into a new era of influence and prosperity as CEO, brings a wealth of experience, a uniquely international perspective, and a leadership style that will be tested as he commands an employee base of over 100,000 professionals.

This transfer of leadership comes at a time when Microsoft faces challenges unlike any in the company’s storied history. With new avenues spawned from; a diverse array of tech platforms, the ever-expanding wireless and mobile markets continuing to explode across the marketplace, and a recent history of playing catch-up to other Silicon Valley upstarts, Nadella looks to carve out a bigger slice of market share for Microsoft with a fresh, new leadership style.

Satya Nadella is just the third of Microsoft’s CEOs and the first to be promoted to the helm having not been part of the founding of the company. Following his 1992 hire from Sun Microsystems, Nadella has spent 22 years with the Redmond-based tech giant in executive roles. Though Microsoft has seen its luster tarnished over the past decade, the company’s imprint on the PC market continues to dwarf all others. Still, the vast majority of PCs sold today, come equipped with the familiar Windows operating system platform. The company’s foray into the post-PC world is what continues to challenge Microsoft and will be a critical arena for Nadella and his staff to address.

The earliest indications of how Satya Nadella will fare as CEO are revealed in his now-public letter to his staff shortly after being named CEO in February, 2014. In it, Nadella deliberately acknowledges the other executives at Microsoft that he believes are the keys to the success of the company going forward. The letter also displays what has to be seen as a signature point of emphasis: teamwork.

To illustrate his point, Nadella shares with his employees a passage he read in a book penned by former Microsoft employee, Daniel James Brown. In the book, “The Boys in the Boat,” Brown describes a synergy among rowers he calls “swing.” The point the new CEO hoped to impart was a concerted and seamless effort toward the company’s mission being the goal of all who worked at Microsoft.

Having played cricket as a boy in his native India, Nadella recounts in an interview in The New York Times one of the lessons he gleaned from his experience as a player. He recounts a period during a specific game when his performance was subpar and the reaction by his team captain;

“[T]he team captain took his place for a while until their team started faring better. Nadella then was put back in to finish the match. ‘I never asked him why he did that, but my impression is that he knew he would destroy my confidence if he didn’t put me back in,’ Nadella says. ‘And I went on to take a lot more wickets after that. It was a subtle, important leadership lesson about when to intervene and when to build the confidence of the team. I think that is perhaps the No. 1 thing that leaders have to do: to bolster the confidence of the people you’re leading.’”

Given his penchant for sports-related references one could see Satya Nadella as Microsoft’s head coach. In order for his team to achieve the type of success in this new era of technology, Nadella’s coaching style will need to inspire the type of innovation that has become synonymous with the Microsoft logo over the past 30 years.