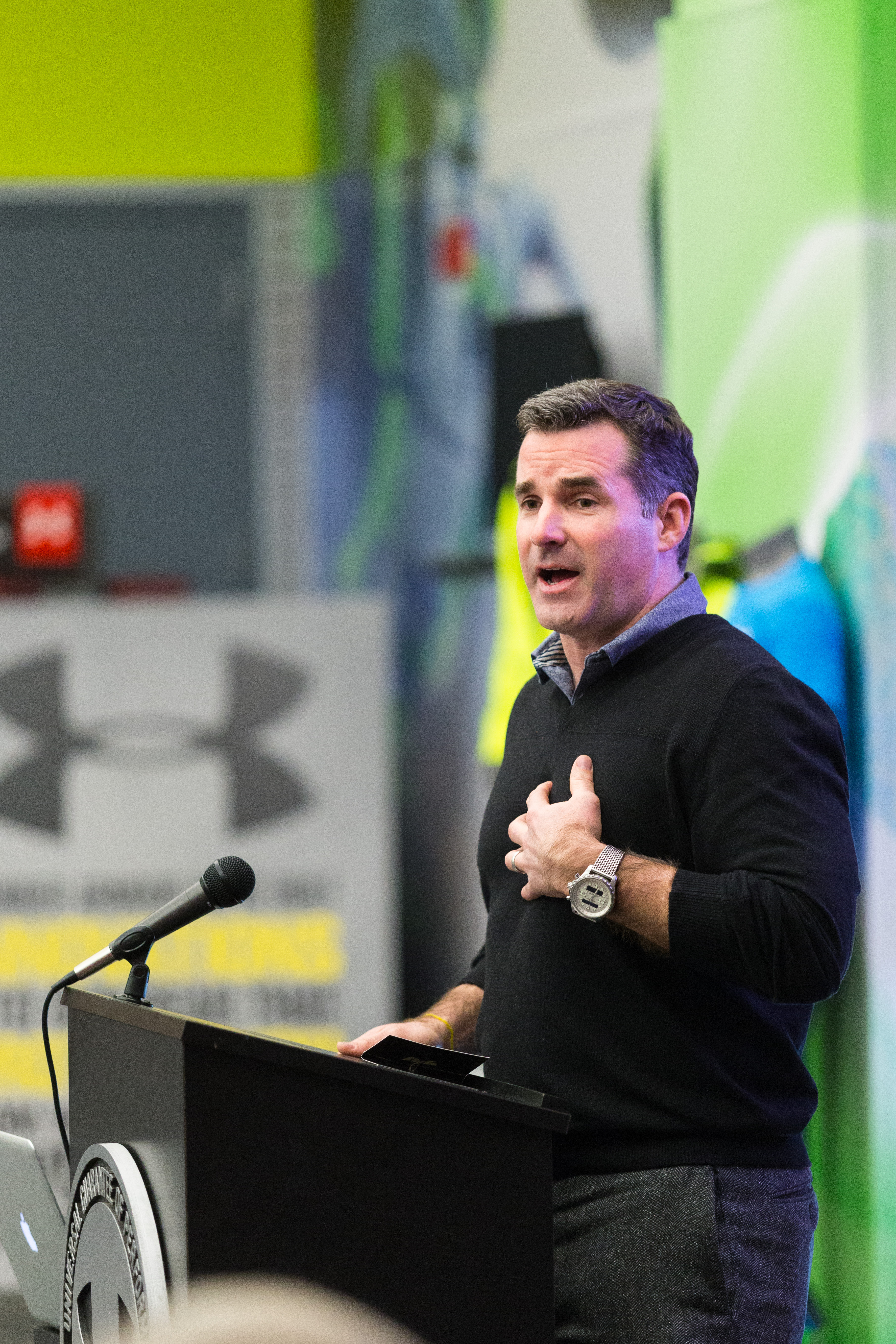 “WE MUST PROTECT THIS HOUSE!” If you remember the commercials in which intimidating athletes stared at you with this declaration, then you remember when the company, Under Armour started to dominate the athletic apparel, equipment and accessories market. Its CEO, Kevin Plank, is a leader that young entrepreneurs can take examples, advice, and leadership style tips from, and apply them to their own leadership styles. Here are a few reasons why Plank is an inspirational leader to learn from.

He Remembers the Past, Looks Clearly to the Future

Plank did not have success out of the gate. Shortly after college, he was at rock bottom and living in his grandmother’s basement. However, he worked hard and persevered, and now uses the methods of his football playing days to build his business for the future. His managerial style is not unlike that of a captain of a sports team, and his company culture enforces a team-focused mindset that breaks into huddles for meetings, instead of having the typical round table discussion. The idea is to grow from past struggles and use those struggles in a different way to make future goals obtainable. In other words, learn from your mistakes.

Plank believes that motivation should come from the top and that a positive attitude is contagious. He makes sure he communicates with his team on a regular basis, so that they know that they’re an important part of the companies objectives and that their voices matter. Even now, after his company is one of the biggest of the modern age, he has casual gatherings a few times a month, called MVP lunches, where he meets with six or seven people who have been identified as potential stars, and just listens to them talk about what’s working — or not working — in their departments.

He Hires Other Leaders

Plank calls them “engines,” and he places them strategically around his organization to help make big, tough decisions. These are the employees who can handle pressure and great responsibility. The notion is that if they are just as inspired as he is, then people will want to work hard for him through them. That way, the leadership trickles down and the inspiration and desire is constantly in motion.

Not unlike the “Protecting the House” commercials that put Under Armour on the map, Plank protects the integrity of his company by showing inspirational leadership skills and a passion for his work. What types of leadership styles do you admire?