How to Deal with a Mean Boss 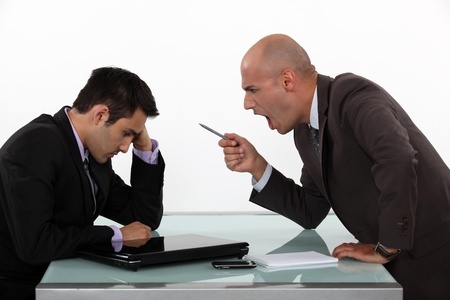 Bad bosses come in all varieties, from the inept, to the overly friendly, to the micromanager. The most stressful of all bosses is one who is just mean.

Most people who have worked in an office setting have witnessed at least one mean boss in their career, even if they have been lucky enough not to work for one. These bosses can be generous in their criticism and stingy in their praise. Sometimes they can be loud about their criticism and even abusive. Sometimes they can just be icily sarcastic. They can be demanding to the point that they treat you more like a slave than an employee. Think Meryl Streep in “The Devil Wears Prada” or Mr. Burns on the Simpsons.

The temptation exists to either suffer the abuse in silence or else quit in a fit of anger. But, Forbes has a number of strategies, which it calls “managing up” to deal with a variety of bad bosses. The main part of the strategy is to try to ascertain what motivates your boss, what he loves, what he fears, and use that to meet his expectations, thus hopefully limiting the amount of abuse.

Another strategy when dealing with a mean boss is to be assertive, but calm about it. Don’t cower, but also don’t answer to his or her aggression with more aggression. If you do this, one of two things will happen. Either the boss will respect you for standing up for yourself and you can communicate toward a common ground to grow on or things will get ugly pretty quickly.

In the event of the latter outcome, you need to be prepared with an exit strategy. You need to document your mean boss’ bad behavior so that you can bring it up during the exit interview at Human Resources. A good idea would also be to have your next job lined up in advance, having done your research to make sure you’re not jumping from the frying pan into the fire. If the boss crosses the line during your conversation, (your company should have clear guidelines about what is permissible and what is not) you may have ammunition to take to HR.

Ultimately, mean bosses usually don’t like their own job, and they can often take their displeasure out on subordinates. If you have a mean boss, your options are limited but the quicker you take action, the faster you can find a solution to your situation.