A Leadership Style to Copy – Ursula Burns, CEO of Xerox 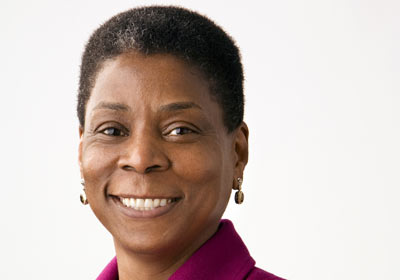 There’s an epidemic going around. No, I’m not talking about the return of swine flu or another animal named disease. The world is suffering from the epidemic of….narcissism. Narcissism – it’s everywhere! I’m sure everyone has an acquaintance or even a friend that can be described as egotistic and arrogant. You know, these are the people with the “it’s all about me” personality. In a sense, arrogance is self-confidence on steroids.

No one really wants a friend that suffers from extreme narcissism, and they probably don’t want to work for a leader that displays these qualities.Gone are the days of leaders who run their business like the autocratic dictator of a small country. Now is the time where self-awareness and humility go a long way in leadership.
A prime example of this type of leader is Ursula Burns, CEO of Xerox. Her appointment to CEO a year ago marked two milestones: the first time an African-American woman was named CEO of a major corporation, and the first time a woman succeeded another woman in the top job at a company of such a large size.

Once news spread about her appointment, Burns received a flood of media coverage. Article after article talked about her race, gender, and her background. To receive that much attention can inflate one’s ego. However, Burns was not thrilled with the coverage. In an article with the New York Times, Burns was quoted as saying, “The accolades that I get for doing absolutely nothing are amazing – I have been named to every list, literally, since I’ve became CEO,” she said. “The real story is not Ursula Burns,” she said in the article. “I just happen to be the person standing up here at this point representing Xerox.”

One constant theme in the media is that Burns is self-aware and authentic. Her personality seems to resonate well with her employees and the business community. An editorial from The Huffington Post stated Xerox employees admire Burns and say she is, “open, grounded, and down-to-earth.”

According to an article from Business Week, executives inside and outside the company speak of “her deep industry knowledge and technical prowess, as well as her frankness, sharp humor, and willingness to take risks.”

Burns is known for her blunt directness in speech and actions. She isn’t afraid to speak candidly about the company’s priorities and how it will grow in the future. Since she took the reigns of CEO, she hasn’t backed away from showing her true self. After all, her assertiveness helped her rise through the ranks at Xerox. So why would she change her behavior now?

Burns is an example of a leader that is not egocentric, self-serving, or believes the company is all about them. A good leader needs a balance of self-confidence and humility.

If you are a business leader, check the ego at the door and you might just gain the respect of your employees and other leaders.