Coaching the Humble: Invest in Your Rookies 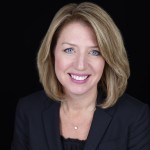 In many organizations, coaching has become the go-to tool for executive development. For many executives, an executive coach has become a status symbol or a benefit that they are entitled to. Forbes reports that spending among corporate titans, such as GE, Goldman Sachs, and Google, totals $1billion per year in the U.S. alone.[i]

Several years ago, I participated in an important coaching initiative for a large, global enterprise. They gathered ten top leadership coaches to work with their top twenty executives (each coach working with two executives). At the end of the initiative, the coaches met to reflect on the outcomes and learning. This was a group of masterful leadership experts, so I was blown away as I listened to them discuss a surprisingly high number of tepid or failed coaching engagements (I too had one). Many of the leaders we worked with only engaged in the process superficially and continued to lead the way they always had, having apparently gained nothing from their company’s massive investment in their development. In a moment of clarity, I could see that our results had little to do with the skill or actions of the coaches and almost everything to do with the coachee’s situation and his hunger (or lack thereof) for improvement. The window for learning wasn’t open.

Organizations have slipped into the cycle approach to development – conducting training consistently at regular intervals (for example, quarterly management classes, annual management meetings, annual development plans). But people don’t learn because the calendar says it is time to; they learn when they need to. The richest learning occurs when facing a daunting challenge and the only way to be successful is to scramble quickly up a steep learning curve.

The Research on Rookies

My research team and I studied over 400 workplace scenarios comparing how inexperienced versus experienced professionals approach a particular type of work. The results of this research showed that being a rookie – facing a new problem or a challenge for the first time – can provoke top performance. In the realm of knowledge work, rookies tend to outperform those with experience, especially when it comes to innovation and speed. And, interestingly, the highest performing “rookies” that we studied weren’t new graduates; they were senior executives who had been moved into a new, unfamiliar domain.

Certainly, those new to a task bring an increased openness to the work and are more likely to venture into unexplored terrain than get stuck in yesterday’s best practices. But more importantly, a desperation-based learning kicks in, causing them to seek guidance and feedback and work smart. In this mode, they aren’t actually risk takers; rather, they operate cautiously, taking small but quick steps, in an attempt to prove themselves and stay on track. This way of working – humble, curious, open – is what I call “rookie smarts.”

Rookie assignments not only catalyze top performance, bringing out people’s best work, but they also create open learning windows.  In my ongoing coaching with executives and consulting with other executive coaches, I’ve noticed only a few scenarios where the learning window is likely to be open.  People are most ready to learn when they are:

In each scenario, individuals are working without a script; they’ve encountered an unprecedented situation. Their expectations have been violated, and their existing assumptions and frameworks have failed. They are humble, hungry, and hopeful. They are in a rookie moment: desperate to succeed and open to learning.

Invest in Humble and Hopeful Phases

Intense learning and contribution can occur when people are in rookie mode – when employees and leaders are humble and hopeful – and a better understanding of this open and fruitful state allows us to rethink and refocus our talent management strategies. Consider re-directing your coaching investment where it will return maximum impact. Before you commission coaching, assess the situation to determine if the executive has an open learning window. Think twice before proceeding with mass coaching efforts or “gifting” coaching to someone who isn’t asking for help. Target your HR development dollars to those who need it most – those in a hungry, ready state prompted by a rookie assignment.

Better understanding of the intense learning and contribution that can occur when people are in rookie mode allows us to rethink and refocus our talent management strategies.  In so doing, we can create a more vibrant organization for rookie and experienced employees alike.

Liz Wiseman is an executive advisor and the author of Rookie Smarts:  Why Learning Beats Knowing in the New Game of Work and Multipliers:  How the Best Leaders Make Everyone Smarter.  She is a former executive at Oracle and has been listed on the Thinkers 50 list and named one of the top 10 leadership thinkers in the world.